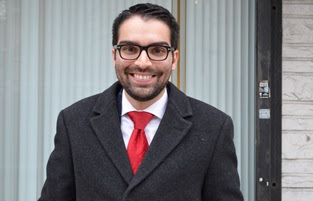 Councilman Eric Ulrich is growing out his beard to raise awareness and money for St. Jude Children’s Research Hospital.

Ulrich launched a fundraising page, where he has already raised nearly 20 percent of his $2,000 goal.

“Lent is a season of repentance and reflection, often associated with giving things up. Since Ash Wednesday, I have decided to not shave my beard with the hope of raising both awareness and funds for St. Jude,” Ulrich said. “Since 1962, St. Jude has been providing lifesaving services across the country – all at no-cost to families. It is an honor to support this organization dedicated to finding cures and saving children.”

This entry was posted in Uncategorized and tagged beard, fundraising, Ulrich. Bookmark the permalink.